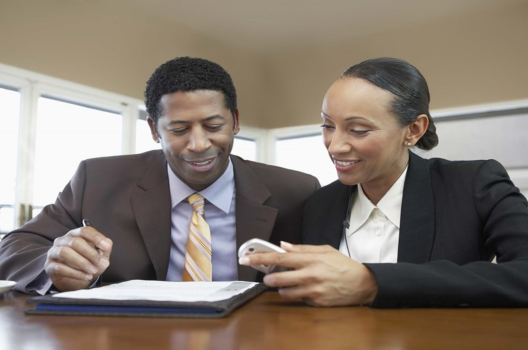 Avoid This Legal Mistake Most Co-founders of Companies Make

This mistake I will be talking about in this article cost Eduardo Saverin, Facebook co-founder a whooping 30% equity stake in Facebook Inc.

You certainly don’t want to be cut in that web.

You definitely don’t want to be booted out of a company you’ve worked hard and laboured to build.

Starting a business is exciting and its commonplace not to talk about all the legal stuff , afterall you don’t plan to run into trouble right. This common mistake is neglecting to discuss and agree on certain important legal issues at the point of starting a business.

But newsflash, if you fail to talk about these issues, I can assure you sooner or later they will popup and that may be the beginning of the end of your company.

A number of co-founders lose out of their companies because they fail to protect their interest in the company.

It is important that co-founders agree on certain important issues and have it documented in a legally- binding  co-founder’s agreement.

But you say, our company has a memorandum and articles of association,

Yes, I know, but as you will soon discover, it isn’t sufficient.

What is a co-founder’s agreement and what does it contain? Why is it so important?

You will discover in this article, many issues you and your co-founders have not addressed nor agreed upon and see how that can mar your investment.

A co-founder agreement contains among other things what the co-founders of a company have agreed upon with regards to the following; roles and responsibilities of each founder, equity ownership and vesting , remuneration, confidentiality, the goals, vision of the company, appointment of employees, signatory rights, mergers and acquisition, exit strategy, issuing new share , percentage of ownership, type of shares, how board members will be appointed, merger, signatory rights, quorums and resolutions, conflict of interest among many other things.

I will touch on a few of them in this article.

It is common to have an organisation where the responsibility of each co-founder is overlapping. This can make decision making cumbersome.

We all know how decisiveness is important to the smooth running of a company.

You want to agree with your co-founder(s) who will be responsible for what in your company.

How will decisions be taken? What happens if you and your co-founders cannot reach a mutual agreement?

All these have to be agreed upon and included in your co-founder’s agreement.

How do you allocate shares?

How many shares will each co-founder have?

How will shares be increased and allocated in future?

Is there a vesting arrangement?

Vesting is very important to co-founders equity as it has saved many companies from disintegrating when a co-founder leaves.

Vesting is an arrangement in which co-founders of a company ‘earn’ ownership of their shares in a company over time.

So for example Company ABD was incorporated, and the founders A, B & D own 40%, 30% and 30% of the company’s shares respectively, as registered with the relevant government agency.

With a vesting clause, however their ‘ownership’ is stated as a ‘right to own over time or by agreed-upon milestones’.

Usually, vesting is over a 4 year period with a one year cliff. A cliff is the point where shares actually begin to vest.

You get the picture now, right?

Now if for any reason founder A after 2 years decides to leave company ABD, he or she will only be entitled to the 200,000 shares he or she has earned.

Vesting ensures co-founders get only shares they have earned and prevent the other co-founders from feeling cheated that founder has left with shares he or she didn’t earn.

Appointment of board members

Upon starting your businesss, you and your co-founders will most likely be the directors of the company.

However as the company grows,you will need to appoint more directors.

What criteria must the directors satisfy?

Will they be given shares?

These are a few of what co-founder’s agreement contains.

See why you need a co-founder’s agreement?

A co-founder’s agreement is a detailed agreement that sets out clearly these important issues as agreed upon by the co-founders hence protecting the interest of the co-founders so they can concentrate on the hectic tasks of running and building a business.

Your lawyer will guide you on all the necessary details to be included and once it is made into a legal agreement, all the parties are bound by it.

Does your company’s memorandum and articles of association include all these details?

Have you discussed with your co-founders the issues raised above and documented it in a legally binding contract?

When should the co-founders sign an agreement, you ask?

Ideally, it should be before the onset of the business.

However it is never late to have a solid agreement in place, even if the company has been in existence for a while.

As you can now see, running a company without a co-founder’s agreement can be suicidal.

Will you work hard at building a company, scaling up but leaving your investment to chance, like Eduardo Saverin?

The choice is yours; I trust that as an astute entrepreneur, you will choose wisely.